A lot of the challenges this week have some sort of snow reference in them.  Snow on cards I can take.  But the snow we are experiencing now along with way below normal temperatures, not so much.  I made two cards and had trouble photographing both of them.  I'll post one now and the other one later. 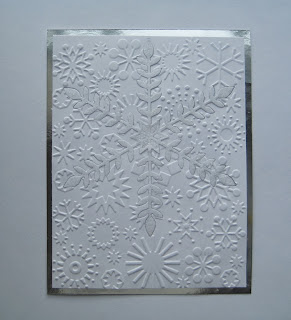 When I got my SSS order, there was this large Tivoli snowflake by Memory Box included.  I did not order it so I hope it wasn't a mistake but a "free die with order" promotion.  I placed the die on my white cardstock just where I wanted it.  Once cut, I used my new sticky embossing powder to add glitter to it.  Before putting the snowflake back into the cut, the base was embossed with the Snowflake ef, trimmed down and mounted on silver paper.  Here's a close up. 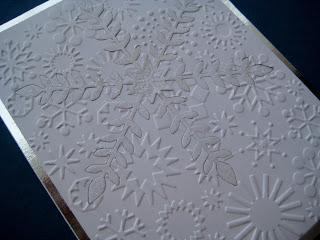 You really can't see the glitter but this is the best I could do.  I had actually taken a bunch of photos and they were so dark I wasn't even going to post them.  All of a sudden, the sun came out today and I retook them. They're still not very clear but better than they were.

I am entering this in the following challenges:
CASology 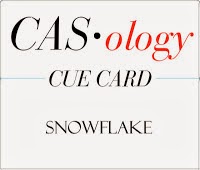 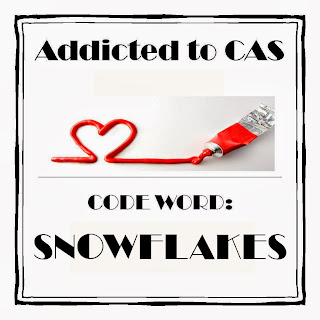 Thanks for stopping by in this busy, busy season.  I'm far behind in my commenting but I'll get there. Please leave a comment for me so I know you were here.
Posted by Bobby at 2:08 PM