I didn't think I had anything to use to make a card for Merry Monday this week.  They want a non-black silhouette.  The non-black part wasn't the problem.  It was the silhouette part. Then I remembered my SSS Village.  I played around with it until I came up with a design that I liked. 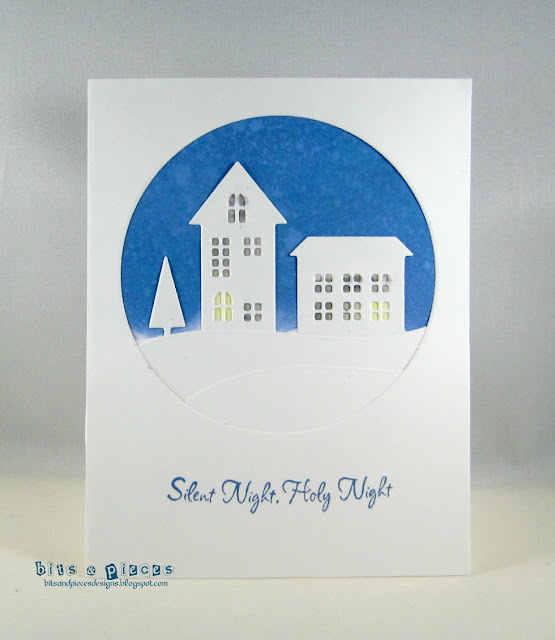 The images don't cut at the bottom so you can line them up, die cut and then cut out in between.  I did have another building and tree but the building was a little slanted.  Now what?  I decided to put them in a circle which meant I could cut off the offending images. ;)  I also cut two SSS slopes to put in front of the houses.  It's difficult to see the first one but I like the dimension it gives to the card.  Once I had my top panel put together, I masked off where the windows would be and inked with DOX in Faded Jeans.  I added a few spatters, removed the mask and inked the window area with Zigs.  The sentiment from PB was stamped in Faded Jeans also.  That's one thing about the Oxides.  You can stamp sentiments with them.

That's quite a long write up about what I did.  If you made it through, thank you.  If you just looked at the card, that's okay too. 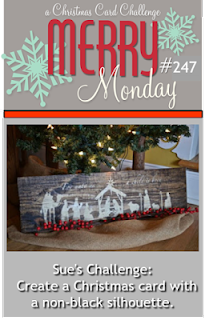