I've been trying to think what I could do for the Time Out challenge.  They want something playful and I just wasn't feeling it.  Then I remembered a card I made as a thank you for my granddaughter's robotics coach who is retiring this year and thought it was a great card to use. 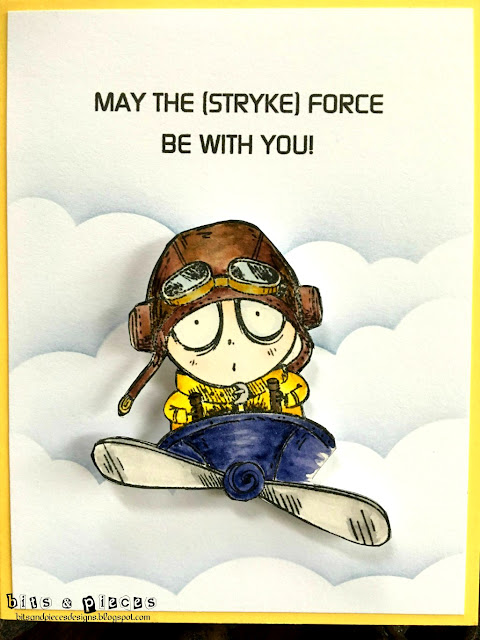 You'll have to excuse the photo.  I sent the card to my DIL to deliver to the recipient and forgot to take a picture.  This is one from her phone.  She zoomed in so there's no border but the color is fairly good. The image is one from Katzelkraft that Cornelia was kind enough to stamp and send to me.  I colored it with Zigs and placed it on an action wobble.  The background is made with an MFT cloud stencil and Distress Ink.

You may need an explanation of this card.  The robotics team is called Stryke Force and their colors are blue and yellow.  As you can see in the photo below the drivers wear the pilot helmets.  That's my granddaughter Kjerstin in her yellow tennies with the robot. 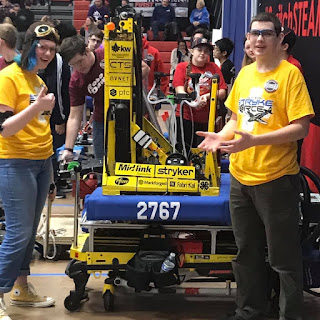 They were the reigning World Champions and just competed in the 2019 World Championship in Detroit last week where they lost in their field finals.  They did however win the Excellence in Engineering award. 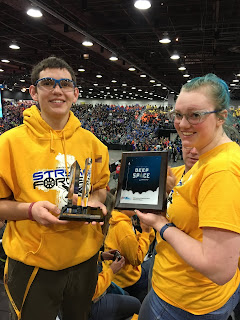 Kjerstin is only a sophomore so there will be two more years of learning, driving, having fun and meeting other teams.  I hope I can handle it.  I never thought I'd get so excited for a robotics competition. 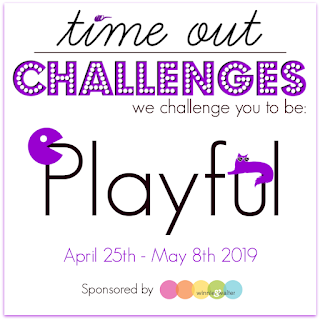