Chriss has a beautiful CAS card for us over at Muse: Christmas Visions. 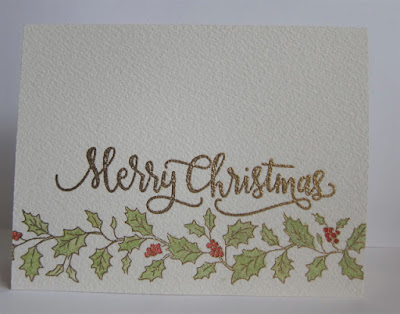 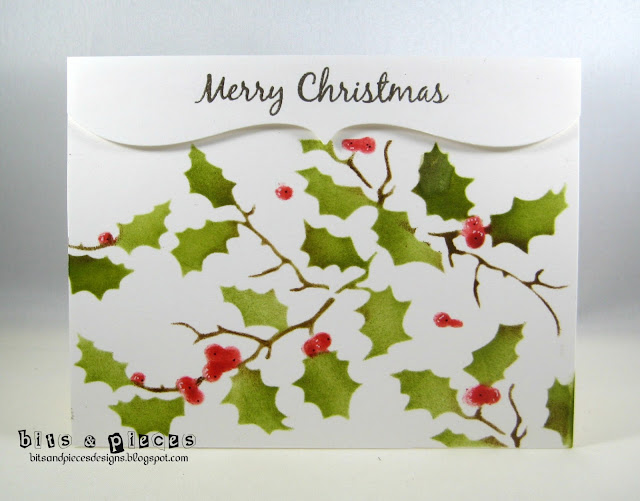 I used a Tim Holtz stencil and masked off the berries to save them from being green and tried to keep away from the stems as much as possible. Well guess what?  I didn't think about the space above the stencil (it's narrow) and when I pulled it up there was ink where I didn't want it.  A MFT border die to the rescue and I like it even better than I would have as a one layer card.

Now I have a question for you.  Or rather two questions.  First, how do you get your gold embossing to show up as gold instead of black in a photo? This one is actually Liquid Platinum but it still show up as black.  Which brings me to my second question.  What is a good gold embossing powder? I have some that doesn't melt well and even after letting my gun heat up it darkens the paper before it melts to a rather knobby surface.

Thanks for dropping by.  I hope your week is going well.