The fun Less Is More challenge this week is to use acetate or vellum.  I could have made a shaker card but I had this UFO in my box and decided to finish it up for the challenge. 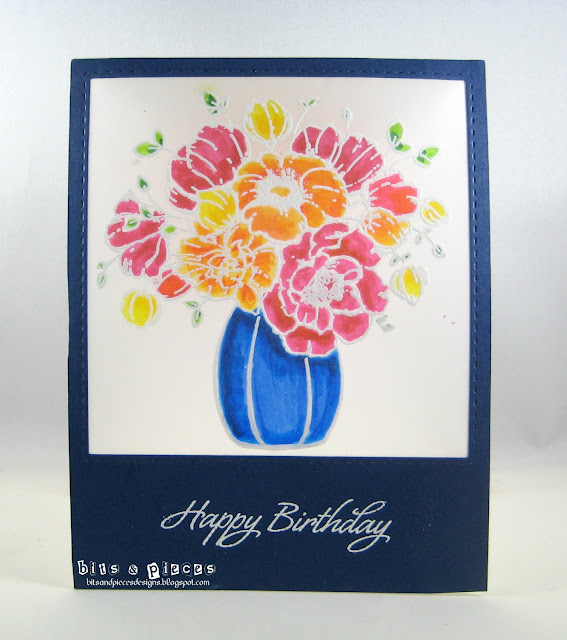 The PB stamp was white embossed and only the vase had been colored.  I did the flowers with my Zigs on the back and sandwiched it between the navy cs and the white card base.  A white embossed sentiment is the final touch.

It looks like it's going to be a gloomy day today, but a busy one.  I'm having lunch with an old (meaning longtime) friend today, then there's a soup supper at the church followed by a ceremony at city hall honoring the former Spirit of St. Louis award winners.  My Dad won in 1974 so I will be representing him.  This award is for persons who make outstanding contributions to the city and Dad did more than his part for the youth of this city and other residents as well.